New news from the Alabama HellbenderInitiative!

Remember, the first phase of the initiative is to accumulate recent, unverified reports of hellbenders found in Alabama, as well as unverified sight records, to guide our surveys for the coming year. For a full description of the Alabama Hellender Initiative, see the ALAPARC website: alaparc.org

Due mostly to the efforts of ALAPARC members Eric Soerhen and George Cline, we rounded up three recent hellbender records for which we have documentation. Eric reached out to aquatic ecologists and malacologists who do surveys in north Alabama, and one of them had a photograph of a hellbender found alive in Madison County in 1999. 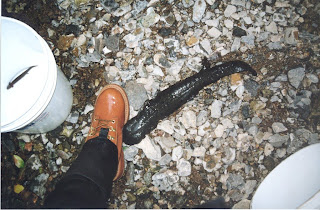 George Cline was contacted by folks at the Dismals Canyon preserve in 2006, who had found a dead hellbender in the canyon. We have a photo of this animal, although unfortunately at this time we have been unable to get any of the specifics about when and where in the canyon it was collected. 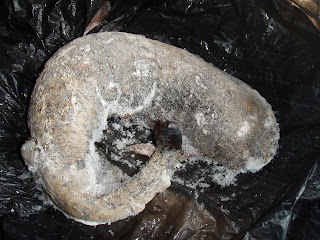 Therefore, the 2004 Lauderdale County specimen we received from Tom Haggerty of the University of North Alabama gets the distinction of being the most recent hellbender documented in Alabama. This specimen was also found dead. 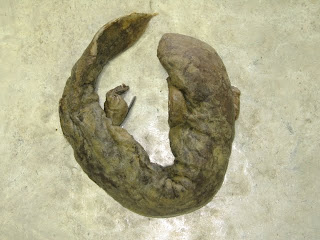 All of these vouchers (two photo vouchers and the Lauderdale County specimen) are now secure in the Auburn University Herpetological Collections.

The next phase of the initiative is set to begin this spring. We have applied for the Jennifer Elwood hellbender research grant, and hope to receive funds for the construction of traps and educational materials to be distributed in north Alabama bait shops and fishing spots. Survey crews are forming and gearing up, with UNA scientists interested in covering the nice streams north of their base of operations, Bill Sutton and friends covering the Huntsville area, Jimmy and Sierra Stiles hitting streams throughout N. Alabama, Eric Soerhen covering a nice shoal he has a good feeling about, and the Auburn group, headed by Sean Graham, heading to Dismals Canyon and the Bear Creek drainage.

Stay tuned for the spring results!
Posted by Hymenocallis at 10:18 AM No comments:

Interested in the conservation of Alabama's amphibians and reptiles? Want to organize a meeting, guide the direction of and head up a statewide network of motivated individuals? Alabama Partners in Amphibian and Reptile Conservation is looking for individuals to become future co-chairs. In the last year, we established ALAPARC and got the ball rolling; now it's time for others to step and keep the momentum going. We will not succeed and persist unless we have motivated and enthusiastic volunteers. You don't need a resume, you need a passion. Does this sound like you?

Have questions? Let us know at AlabamaPARC@gmail.com. ALAPARC needs you! Know of someone else that fits the bill? Nominate them.

Posted by Alabama PARC at 1:44 PM No comments:

Email ThisBlogThis!Share to TwitterShare to FacebookShare to Pinterest
Labels: Get Involved

The GTC is coming to Alabama

As co-chair of The Gopher Tortoise Council (GTC), my responsibility this year was to plan the annual meeting and I'm proud to bring it to Alabama in 2010. The meeting will be held October 7-10th at the Alabama 4-H Center in Columbiana, Alabama. This is a great opportunity for ALAPARC members to learn more about a regional conservation organization that's been working to protect the gopher tortoise and its habitats for over thirty years. Registration and other information will be provided in the coming months over at the GTC website but for now, mark the data on your calendars.

Waterdog Hunt in Locust River on 1/23

Biologist Scott Atkins, with the RosaMine.org Watchdog Committee of Friends of the Locust Fork River (FLFR), will lead a hunt for the elusive, unusual waterdog on Saturday January 23, 2010 in Blount County, Alabama. The purpose of the hunt is to provide documentation that the waterdog still exists in the Locust Fork River and nearby tributaries (as incidental reports assert). Documentation of this species (a proposed candidate for federal listing) as well as other protected species (e.g. flattened musk turtle) is critical, as we are attempting to understand how the proposed Rosa Mine development may influence Alabama’s rare reptiles.

For further information about our efforts, the permit, maps, etc, click here.
To attend the waterdog hunt, e-mail debragh1@gmail.com. 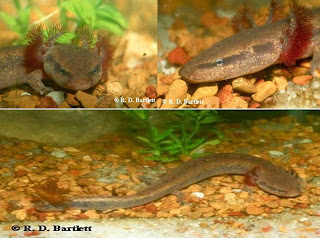 Posted by Alabama PARC at 1:32 PM No comments:

Email ThisBlogThis!Share to TwitterShare to FacebookShare to Pinterest
Labels: Get Involved

Here we go again; it's time to start planning for our annual meeting. Missed our 2009 meeting? Don't make the same mistake again and mark your calendars for November 5-7th at the Solon Dixon Forestry Education Center in Andalusia, Alabama.

Expect more great talks about the conservation of Alabama's amphibians and reptiles as well as some new features, including debates and the debut of special award session to commemorate pioneer(s) in Alabama herpetology.

We will also hear about how our initiatives have progressed over the last year and hopefully hear from some of you about additional conservation efforts. 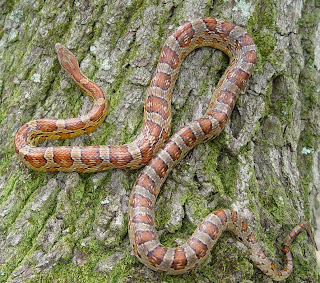 Posted by Alabama PARC at 2:17 PM No comments:

Got something to say about amphibian and reptile conservation in the Alabama? Submit your news or other items to AlabamaPARC@gmail.com with "Newsletter Submission" in the subject line. ALAPARC's newsletter editors will get back to you shortly if there are any questions.

This is a great opportunity to let others in Alabama know about important developments in the state.

Are you on ALAPARC's e-mail list? If not, send an e-mail to AlabamaPARC@gmail.com with "join" in the subject line.

We hope to hear from you.
Posted by Alabama PARC at 9:36 PM No comments:

Check out the blog of ALAPARC's Conservation Czar by clicking here.

At this site Mark Bailey discusses the future of one of Alabama's most important conservation programs, and its possible future. 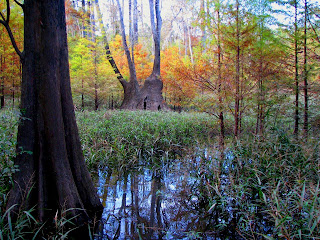 Posted by Alabama PARC at 1:25 PM No comments: