Do you spend any time hiking, camping, or fishing within Alabama's National Forests, such as Talladega, Bankhead, Tuskegee or Conecuh? If so, you may have come across one of many species of amphibians and reptiles that may be found within their borders. Due to the diversity of habitats protected in these areas, each forest harbors a unique assemblage of animals.

Now, thanks to Sean Graham and others, there are now amphibian and reptile checklists for each National Forest in Alabama. Print them out next time you're headed out. 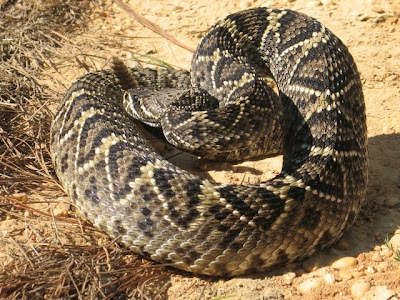 ALAPARC is proud to announce that Bill Sutton obtained his Ph.D. this week from Alabama A&M University. Congratulations to Bill and we'll all be looking forward to reading about how forest management practices have influenced the amphibian and reptile populations of Bankhead National Forest, Alabama.
Posted by Alabama PARC at 1:27 PM No comments: 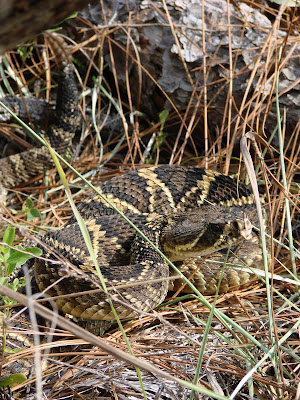 If you're from Alabama, you're likely familiar with its sole rattlesnake rodeo, which attracts thousands to Opp each year. Although the number of rattlesnakes harvested for Opp is small compared the two roundups in Georgia, it is still a source of concern for conservation biologists. Dr. Bruce Means recently published an article describing long term trends observed among rattlesnakes and linked these patterns to the roundups. You can download a pdf of the article here. Armed with this knowledge, the Center for Biological Diversity petitioned Georgia to investigate the prevalence of tortoise burrow gassing and also asking the Governor to outlaw roundups.


The national news has picked up the story (focusing on Opp), and a small sampling of the dozens of news outlets that ran it can be found below:

CBS News
MSNBC
The Associated Press
NPR
Posted by Unknown at 9:17 AM No comments: 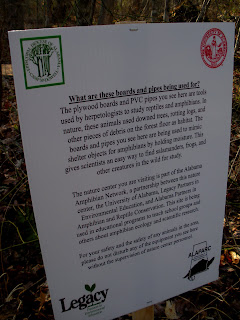 Over the past few weeks, several ALAPARCers have been helping the University of Alabama install coverboards and other sampling equipment at environmental education (EE) centers across the state. Being deemed the "Alabama Amphibian Network," these EE centers will be taking part in a statewide citizen science project aimed at both increasing public awareness of amphibians/science literacy and updating our scientific knowledge of amphibians across Alabama. Below are several photos from the site installations, as well as a description of the project:
What it is: The AAN is a first-of-its-kind project in the South that uses established EE centers as long-term monitoring and educational sites to further amphibian outreach goals across the entire state. Centers have been chosen for the network that reach multiple demographic groups (rural, urban, etc.), as well as those cover the full spectum of Alabama's habitat diversity, from the mountains to the Gulf. Sites will include the bottom of a sandstone canyon in northwest Alabama, a second-growth woodlot in suburban Tuscaloosa, and isolated wetlands near Perdido Bay - just to name a few. The AAN is being supervised through the University of Alabama and ALAPARC and is being very graciously funded by Legacy, Inc.. The photo below is of one of the network's sites: a canyon harboring (among other species) green salamanders at Camp McDowell: 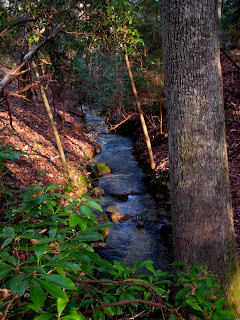 How it works: EE centers are being provided with coverboard arrays, PVC treefrog shelters, field guides, and curriculum to be used in herp education programs. EE center personnel use these sampling arrays to provide students with hands-on experience of amphibians in their native habitat. EE centers also record data from individuals collected in the arrays, thus involving students and the greater community in active scientific research.
What it will do: The AAN will increase public awareness of amphibians among Alabama's citizenry, providing us with a vital tool for combating habitat destruction: an educated base. Data from the AAN will also be used to update distributions and knowledge on population trends of amphibian species in the state over the long term.
What you can do: Check the AAN website for updates on the project's progress, as well as opportunities for personal involvement. Also feel free to provide comments and feedback for the project here as more information is released - we value your input! We hope that our EE partners will become long-term educational partners with ALAPARC, as well!
Posted by Wally Smith at 6:46 PM No comments: